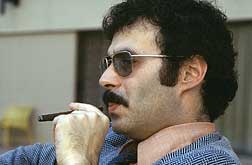 The following are a set of vignettes about my trip to NEC in Tokyo.

The trip started when Bob Montee (who taught me to tell the truth each time as you can always remember what you said), sitting in the CISL conference room, said, out of the blue, that they needed someone to teach a two week class describing the complete system from BOS through bootload and full OS operation starting in one week at NEC in Tokyo.

My response was sure but my holiday in the UK starts at the same time so can we change the date of the class. The answer was NO so I went home to discuss it with my wife. Mandy's comment was something to the effect that paid trips to Tokyo were not exactly an everyday occurrence and I should accept. So the next day I said yes, provided the return flight was to London, not Boston.

This was agreed so I started to gather the material. There was not much, some PLMs (remember them?), the debuggers handbook and some notes. Basically the course did not exist - this was more than the knowledge area of a starting SiteSA and we had no developed courses for even these folks. The one that I gave once took 2 months full time and I was not loved at the end.

So for the next week I worked like a dog to find material, interviewed various staff about what to discuss, copied reduced Xeroxes of listings to take with me, went to New York to get a visa etc.

The flight was 14 hours with a 1 hour stop at Anchorage. I left the plane to go for a walk, taking nothing with me. And forgot which gate the plane was at. This proved quite shocking when I got to the wrong but empty gate looking for the plane. In any event I spent the entire flight reading material - the teaching syndrome when the teacher is one/two days ahead of the class was the modus operandi for the entire trip.

I was met at the airport by 3 people and driven to my hotel - a large western style place. I awoke the next morning to an English language newspaper, English on the TV, in a western style room and started to wonder if I was really in Japan. The breakfast proved to me that I was.

The first day I was introduced to my class, about 10 men, who contrary to old wives tales all looked different. All spoke some English. I spent the morning lecturing about BOS - 3 hours with no interruptions. At the end I asked if there were any questions. Dead silence. Well either I had explained it so well, or none of them understood what I was saying or ... It turned out that to ask a question was to belittle the teacher. So the first homework assignment was to ask a question, any question, the next day.

The group decided that I would be lost in Tokyo at night and made sure that at least one of them were with me at all times. I asked that we always eat Japanese and never eat the same type of food twice. We ended up in some strange places as a result. The only styles of food we missed were the poison fish and the sumo wrestlers style.

I was also afforded a great honor when I was invited to visit the home of my host for the weekend. Unfortunately I also wanted to see Kyoto and that took precedence.

During the first week I asked for some notes to be typed. They had to be taken to another building as there were no secretaries in the engineering building. I was also taken to the general manager's office. Well, not an office. Each floor was totally open plan with row after row of abutting desks. The desks faced each other and were so tight that two people could not stand up at the same time. The general manager sat in one corner of one floor with a desk at 45 degree angle. No office, no secretary.

The machine room was your normal computer room but run almost as a clean room. We had to wear white coats and booties. I do not recall seeing any terminals. In fact we spent most of our time in a small class room.

The support plan was truly Japanese. They had assigned specific programmers to the support engineers who were expected to read one or more programs and understand them.

On my way home I was taken to the airport by ten people - basically the entire class. The flight was originally to go via Moscow but in fact went via Anchorage where I was very careful to note the gate. As we had been invited to a wedding that weekend in London, Mandy had left for England as I left for Japan, I could offer my Japanese host the world travelers excuse - I would love to stay on for a few days but I have a wedding in London to go to.

And as a final memento of my trip I received, a few months later, a small book which appears to be (I don't read Japanese) a synopsis of my lectures. While most of the book is in Japanese ideographs there are occasional English words such as "GIOC" and "Vinograd".

I have often wondered how consistent I was when presenting. Did my hosts struggle because on one day I said X and on some other day I said Y. This is probably noted in the synopsis but who knows.